From delicious food and outstanding entertainment, to a popular 60+ artist craft show and numerous events including a parade, kid's games and contests, pancake breakfast, and carnival rides for all ages, this Alpine-inspired celebration honors the city's heritage and partnership with sister city, Pontresina, Switzerland.

The summer tradition, now in its 57th year, features an impressive lineup of free outdoor concerts each night on the main stage. ( Free With Your 2020 Alpenfest Pin)

Daytime fun: get your run on by signing on for the Alpenfest 5K or 10K, or, if sitting back and relaxing is more your thing, check out the World's Largest Coffee break, a massive cup O' Joe gathering for caffeine lovers (donuts and milk are available, too).

HISTORY
In the early 1960’s Gaylord, which is the county seat of Otsego County, was in the process of changing the town’s image to that of the Alpine look. This change was hastened by the decision of U.S. Plywood to build a particle board plant in Gaylord. The process used to manufacture particle board was developed and patented by a Swiss businessman, Fred Fahrni. The new plant meant employment for many in the area and also opened the door for a big market in the county for aspen and pine, from which the “Novaply” was processed.

The plant was scheduled to open in 1965, and to help celebrate the opening, as well as show off the new look of Gaylord’s Main Street; a committee was formed in 1964 to plan a gala event. The committee was composed of General Chairman, Robert Fritz of Radio Station WATC; Finance Chairman, Harold Elgas, the President & CEO of Gaylord State Bank; Publicity Chairman, Robert Benidict, Publisher of the Herald Times; Nyman Tripp, the District Manager of General Telephone; Edward Calkins, Owner of Ken-Mar; Eileen Catt and Marie Sharp, Queens Committee; Nellie Schlang, costumes; Donald Smith, decorating; Gary Waldo, music; Bill Wishart, of Glen’s Market, in charge of concessions and Clark Bates, with the fire department, in charge of fireworks. The committee named the event THE ALPINE FESTIVAL, and it was later changed to the Alpenfest ®, as it is now known. 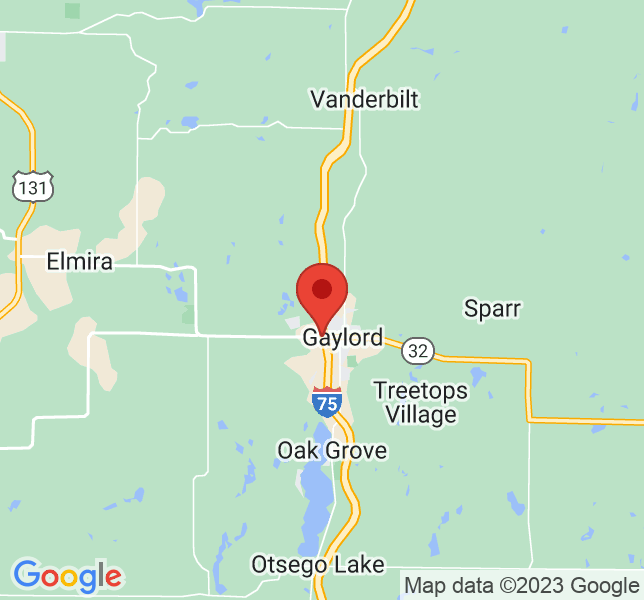