With the cooperation from community organizations and loal volunteers, the Bay Port Chamber of Commerce sponsors and coordinates the annual Bay Port Fish Sandwich Festival. Bay Port is located off of Wildfowl Bay, on the Westside of Michigan's Thumb. Bay Port Fish Sandwiches are an original creation in this small fishing community. They’re so big that …. "It takes two hands to hold one!"

In 1851, Carl Heisterman named the settlement Geneva, then it changed to Switzerland, then to Wildfowl Point, and finally when the post office at Ora Labora was moved to the shoreline the community was named Bay Port. Fishing was responsible for the village's birth. The village then became known for its successful fisheries, it was rated as having the largest fresh water fisheries in the world. 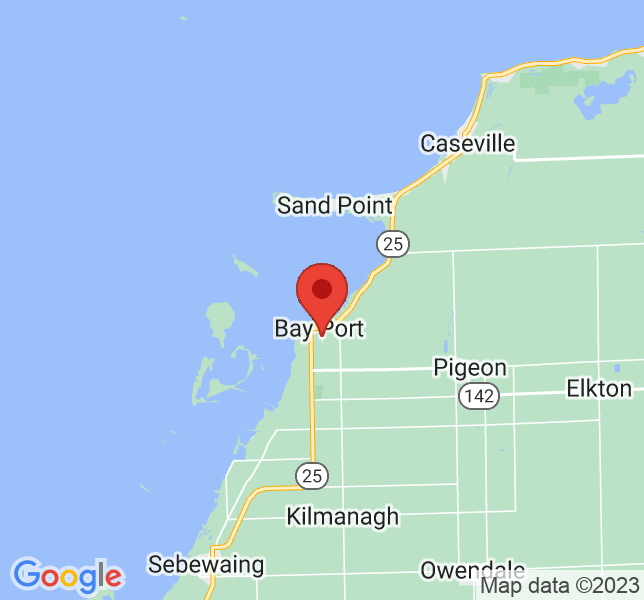